Hue used to be the capital of Vietnam and home to the Nguyen dynasty. These days, however, the city’s temples and landmarks are national treasures, with millions of tourists arriving every year to see this fascinating sites.

Let’s explore with HA Travel the beautiful destinations, both familiar and marvelous that stole the heart of many tourists coming to Hue city.

For most, this gate—also known as the South Gate—will be where you start your tour of the Imperial City. The five entrances you can see in the photo below are sized according to the status of the person allowed to enter through them: the middle and largest was for the emperor; the two smaller ones off the center were for mandarins, soldiers and horses; and the two arched entrances facing inward were for the commoners. 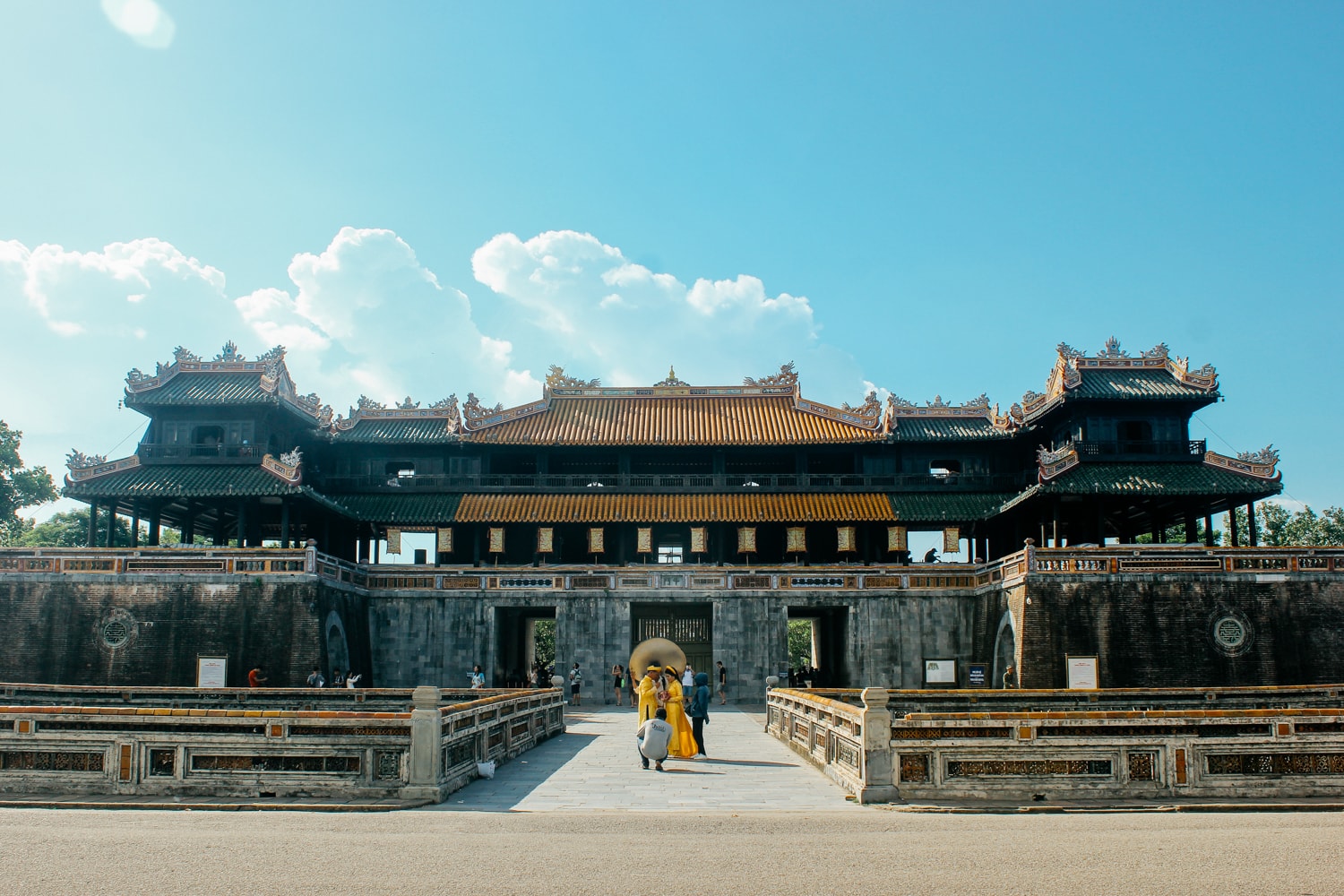 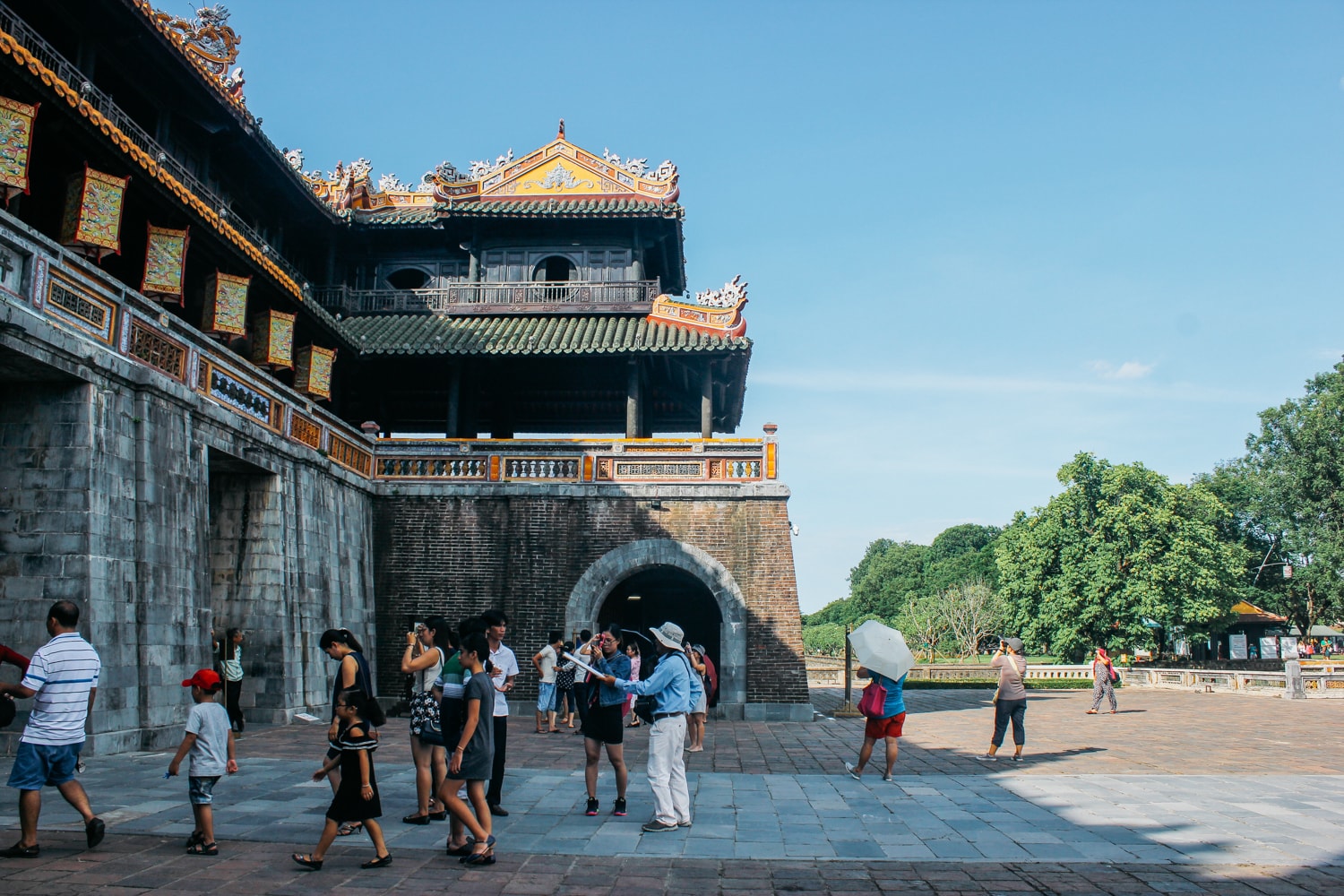 Lang Co bay
Lang Co definitely attracts visitors as soon as they arrived by its beauty. Coming here, you will be overwhelmed by the sparkling white sand with emerald water, sloping yellow sand beaches, red tile roofs stand out from the mist, the fishing boats bobbing with the surf along cliffs.

Perfume river – Ngu Mountain
As one symbol of Hue, Perfume river – Ngu Mountain is like an inseparable couple, always together. Referring to the two sites, people often think of a poetic and lyrical image, with the winding river around mountains, hills and slowly glide through the green villages like Vi Da, Dong Ba. After having a round boat in the river, you can choose a tour to Vi Da or Dong Ba to discover more bout Hue people as well as the local life here.

Thuan An beach
Travelling to Thuan An beach to allow yourself be immersed in cool blue water glistening under the shining sun. Visitors who come here can rent a tent right on the beach then strolling along the beach and watching the quiet space with the peaceful sea beauty hidden inside that space.